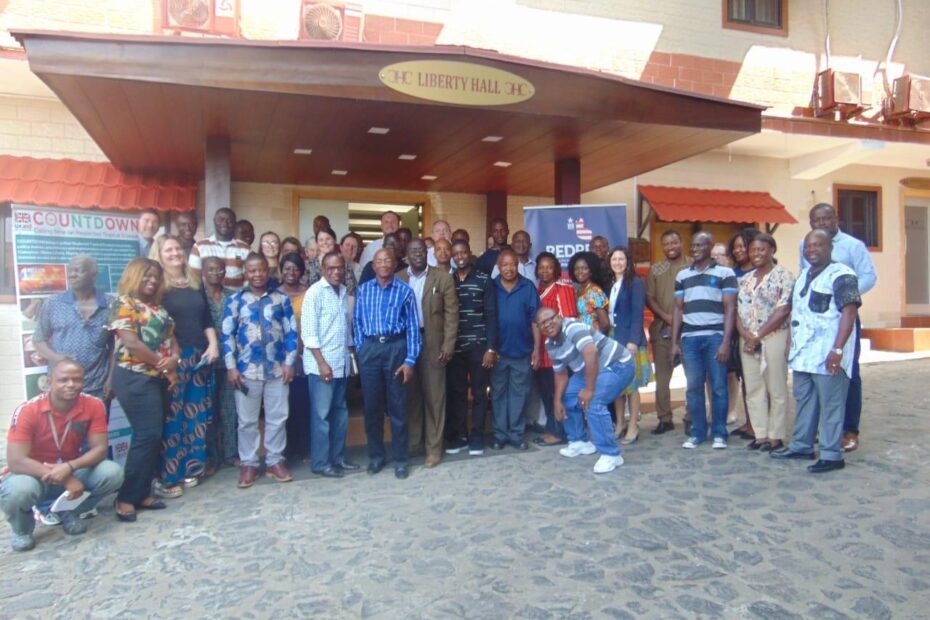 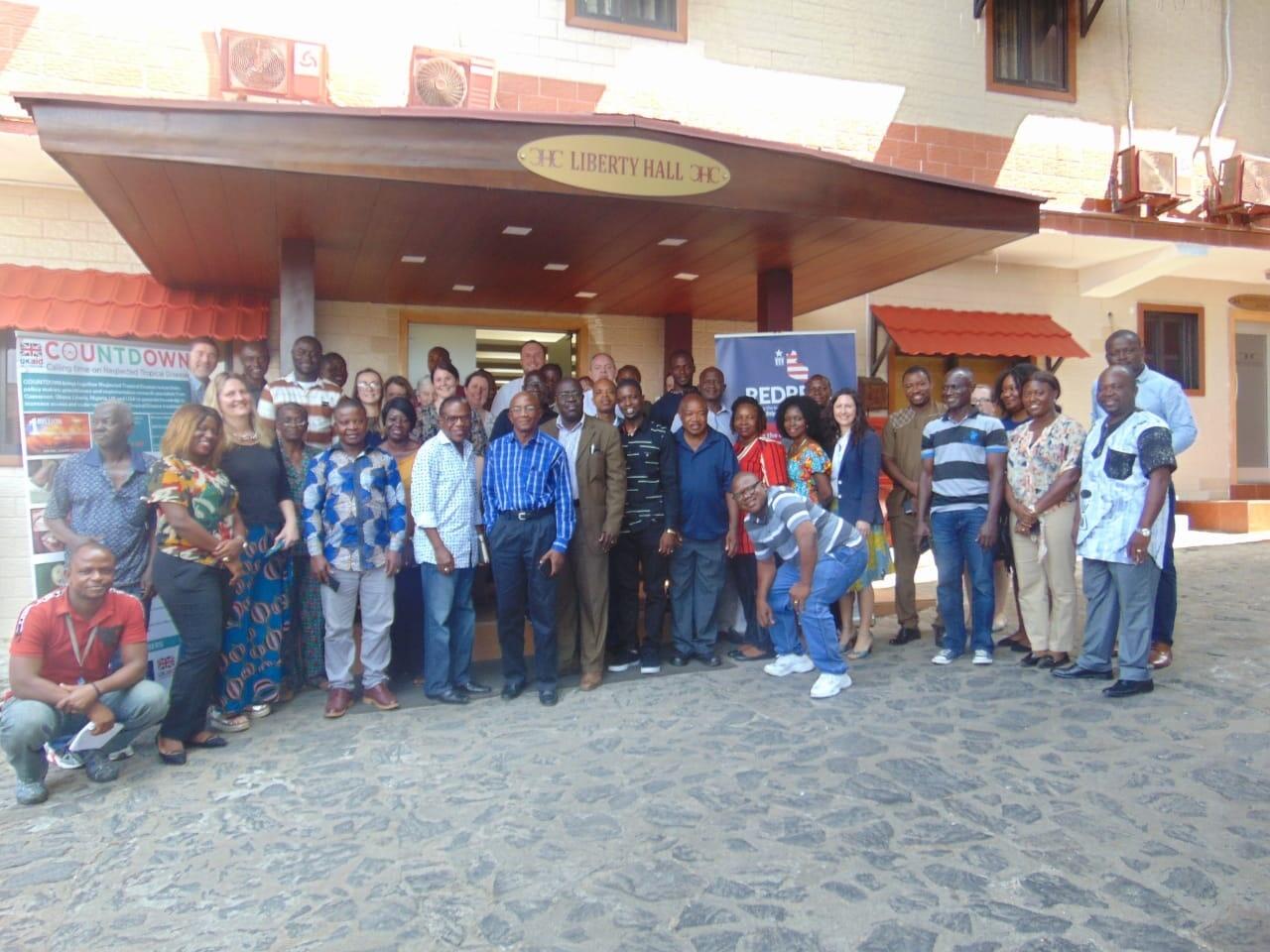 The NIHR funded Reducing the Burden of Stigmatising Skin Diseases  (REDRESS) research programme was launched in Liberia, in combination with the launch of the DFID funded Liberian COUNTDOWN extension. Representatives from LSTM’ Centre for Health Systems Strengthening (CHSS) and Centre for Neglected Tropical Diseases (CNTD) were present as well as the Liberian research teams for both projects and Ministry of Health partners.

REDRESS research fellow for Human Resources for Health, Wedey Seekey-Tate, chaired the event. Those gathered heard from a number of people including John Brimah who was affected by leprosy (Hansen’s Disease) and became a patient advocate and health provider from Ganta Rehab, Liberia. He gave a powerful testimony of his experiences of the challenges that he faced, including stigma and abandonment and discussed the importance of action to address stigma and support people affected by different skin diseases. As a co-investigator in REDRESS, John Brimah was part of the proposal writing process and will lead the patient and community engagement strand of work.

The Liberian Chief Medical Officer, Dr Frances Kateh, talked of the importance of action to support people affected by severe stigmatising skin diseases in Liberia and welcomed the project to Liberia. Dr Kateh described his appreciation of the COUNTDOWN programme, which has contributed significantly to strengthening research capacity in Liberia and lent his support to the Liberian leadership within the COUNTDOWN extension and in the development and delivery of the REDRESS project.

The focus then shifted to a description of the DFID funded COUNTDOWN programme and its work with the Ministry of Health and ULPIRE Research Institute in Liberia. COUNTDOWN focuses on conducting research to ensure that no one is left behind in mass drug administration campaigns and on developing NTD implementation research that can support health systems strengthening.

Alice Perkins presented findings from the earlier research over the last five years highlighting the vital role of communities in supporting and planning of mass drug administration (MDA) and how important integration between departments within MoH and with other sectors is. Karsor Kollie, COUNTDOWN country manager, explained how the extension projects build on suggestions and solutions from the community to deliver new and innovative implementation research over the next 2 years. Georgina Zawolo, COUNTDOWN Liberia’s social science lead, gave an overview of the COUNTDOWN extension project.

The launch followed a successful REDRESS inception meeting in Buchanan, Grand Bassa County. The whole REDRESS team came together for the first time. Like COUNTDOWN, REDRESS prioritises the development of health systems researchers in Liberia and has four new research fellows in Liberia who will be supported throughout the programme’s implementation. They will work with new research fellows based at LSTM and Queen Margaret’s University.

LSTM’s Professor Sally Theobald said: “The inception week included an induction to stigmatising skin diseases in Liberia and the evolving integrated case management strategy as well as time to collaboratively define our research agenda. We benefitted from field site visits which helped us to ensure our research agenda is embedded within, and driven by local health systems priorities to ensure we maximise impact and ownership of new interventions designed within the REDRESS programme. It has been an excellent week and the partnership is energised and well established to begin research to strengthen the response to stigmatising skin diseases in Liberia with health systems strengthening and person-centred approaches at the centre.”